You are here: Home / Archives for Brittany Dorland

While we all know there is a requirement to treat our colleagues, clients, and others we interact with at work with dignity and respect, sometimes inappropriate interactions creep in without our awareness or recognition.

Ruthann Weeks is a People and Culture Strategist and founder of Harmony In The Workplace. She is a change agent whose efforts have helped to bring the importance of an abuse-free work environment to the forefront of public awareness. She is an author and gifted keynote speaker who delivers a powerful message about today’s workplace challenges.

Working as a Certified Resource Specialist in the human service sector, Ruthann went on to graduate as a Human Resource Manager. She is a Certified Psychological Safety Advisor and specializes in leadership development, people and culture, diversity and inclusion, workplace bullying, sexual harassment, domestic violence, and mental health in the workplace.

END_OF_DOCUMENT_TOKEN_TO_BE_REPLACED

Ms. Gosselin is a retired lawyer who practiced in the area of administrative law.

She received her B.A. (Criminology with Distinction 1986), and LL.B. (1989), from the University of Alberta. She articled with The City of Calgary Law Department in 1989 and was admitted to the Alberta Bar in 1990. She received her Chartered Mediator status in January 2000.

END_OF_DOCUMENT_TOKEN_TO_BE_REPLACED

Imagine what the world could look like if we had more awareness or were more skillful in providing constructive feedback to each other!

Jules utilizes “Active Engagement” (the art of active noticing and mindfulness) as a principled way to help teams, clients and consultants, families and loved ones have honest and safe conversations with each other. He promotes self reflection and being more aware of our own behaviors and actions to see  if they are in alignment with our espoused values. Are they in sync?

Perfect lessons and reminders as we re-emerge into a new world post Covid world.

Jules LeBoeuf is a registered forestry practitioner with the College of Alberta Professional Forest Technologist with 35 years of experience in natural resource management.  A career ranging from working in the field as a forest officer to senior manager in Wildfire Management has reinforced the importance of dialogue in building trustworthy relationships on the landscape or in the corporate boardroom.  His insight into natural resource management and human factors has enabled him to help teams solve substantive problems more effectively through reflective dialogue practices.  As a neutral third party facilitator he assists a broad range of individuals and teams based on the core principles of transparency, supporting free informed choice, creating safe places to talk together and taking time to build shared understanding with intent to take action.

He has completed a 2-year certification practicum for facilitators and trainers in the art and science of the practice of Active Engagement hosted by The Centre for Contemplative Dialogue located in Georgetown, IN, USA.  He is an active faculty member and trainer/facilitator on workshops and practicums sponsored by the Center for Contemplative Dialogue and currently working as a senior manager with the Government of Alberta, department of Environment and Parks.

This recording is from our December 14, 2021 ADR Webinar:

END_OF_DOCUMENT_TOKEN_TO_BE_REPLACED

Our world is changing in so many ways and this means our manner of communication is changing. With covered faces and virtual meetings, we must rely more on the intention of the words that are being used to relay messages.

This workshop shows us how to bring kindness into communication by exploring the differences in and value of both empathy and sympathy, create empathic statements and how empathic responses can diffuse conflict and improve relationships. We look at the importance of being aware of alternate cultural responses in communication and how conflict can bring new insight and understanding to your personal and professional interactions.

​Being kind in communications requires awareness, strength and courage.

END_OF_DOCUMENT_TOKEN_TO_BE_REPLACED

Susan Sharp is the Sergeant in charge of the Vancouver Police Department (VPD) Mounted Unit.

A 22-year member of the VPD, Susan has worked in various operational positions in surveillance, property crime, and the Court and Detention Services section.

She is also a member of the Crisis Negotiator Team, where she is a Negotiating Liaison Officer who advises  the Critical Incident Commander .

Susan shared some of her stories about what it’s like to be a police officer on horseback in Vancouver’s Stanley Park.  She also shared some of the strategies her team uses when communicating with a person in crisis or negotiating with a high-risk subject.

This recording is from our September 29, 2021 ADR Webinar:

END_OF_DOCUMENT_TOKEN_TO_BE_REPLACED 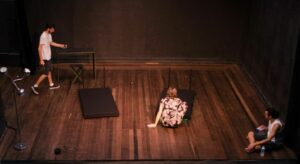 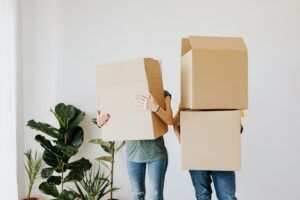