In honour of Pride Month in June, our post today looks at personal pronouns and how to use them respectfully.

Asking and correctly using someone’s pronouns is one of the most basic ways to show your respect for their gender identity. This serves to create an inclusive environment where you demonstrate that you care for and respect them.

When someone is referred to with the wrong pronoun, it can make them feel disrespected, invalidated, dismissed, alienated, dysphoric or, often all of the above.

When we are communicating with others, especially in conflict situations or as ADR professionals, it’s important that we use the correct pronouns to approach the situation with respect. It creates a safe space for all individuals to have a conversation.

What are Personal Pronouns?

We use pronouns to refer to people in place of their name or in third person – to refer to that person while talking to someone else.

Everyone has pronouns they use. The use of pronouns is not just exclusive to transgender, nonbinary, gender-non-conforming or intersex people. She/her/hers and he/him/his are a few commonly used pronouns. There are also lots of gender-neutral pronouns in use.

They is a fairly popular pronoun. The singular use of they is not a new thing – according to Oxford dictionary, it’s use as a singular pronoun emerged by the 14th century. We use this very commonly in sentences such as, “Somebody left their book on my desk.” We continue to use the singular they in the move toward gender-neutral language.

Some people do not use pronouns at all, using their name as a pronoun instead.

Avoid using the word “preferred” in front of pronouns because it insinuates that the pronouns are optional. Instead, just say “my pronouns are” or “their pronouns are”.

Keep in mind that some people may use more than one set of pronouns to refer to themselves (e.g., ‘she/her’ and ‘they/them’). In these instances, you can use either set when referring to this person.

What If I Don’t Know What Pronouns Someone Uses?

We should never assume someone’s pronouns. While the majority of people may use ‘she/her’ or ‘he/him,’ we cannot always tell by looking at someone. Pronouns commonly have a gendered association, however, anyone of any gender can use any pronouns that fit for them.

If you don’t know what pronouns someone uses:

2.     Use “they” or their name until you have the opportunity to ask about their pronouns.

How Do I Ask Which Pronouns to Use?

The easiest way to ask someone about their pronouns is to share your own. Get used to starting introductions by including your pronouns:

This signals to the other person that you are familiar with the concept of pronouns and creates an opening to ask for their pronouns. You are also increasing the normalcy of sharing of pronouns in public interactions.

Whether it’s someone you are meeting for the first time or it’s someone you’ve known for a while, you can ask them directly which pronouns they use or how they would like you to refer to them.

What Do You Do When You Make a Mistake?

We all make mistakes from time to time – my own mother will call me by her dog’s name!

The important thing is how you react when you make a mistake.

When you make a mistake:

If you catch your mistake right away, it’s best to apologize and correct yourself by saying something like, “I’m sorry, I meant (insert pronoun).” and move on in the conversation.

If you realize your mistake later, apologize to the person in private and move on.

If someone corrects you, you can apologize, say thank you for the correction, correct yourself and then move the conversation along.

When apologizing, please don’t go on and on about how bad you feel or how hard it is to use pronouns, what your intentions were or make any excuses. We want to keep from centering ourselves in that moment and not make it more embarrassing for the person who was misgendered. A simple apology is best.

When others make a mistake:

Before correcting the individual who made the mistake, consider whether the person who has been misgendered has shared about their pronouns in all areas of their life. Some people may only use certain pronouns in various aspects of their lives (e.g., using ‘they/them’ at work but ‘he/him’ at home) or they may make this choice for personal safety. If you don’t know, it’s always better to ask first and put their safety as the priority.

If you catch someone else using the incorrect pronouns for someone else who is aware of their pronouns, it is appropriate to gently correct them without further embarrassing the person who has been misgendered.

You can repeat back to them with a response that corrects the pronoun.

If the person may not be aware of the correct pronoun, your response can be,

“You’re right, they are a great friend. Also, just so you know, Kristy uses ‘they/them/theirs’ pronouns.”

Be gentle in your correction, assume the person did not know, and move on in the conversation. Of course, if someone is purposely using the wrong pronoun for another person, your approach will be different.

The most important thing is that we try our best and be open to correction. Sometimes, it just takes some practice to get used to using different pronouns. You can try that in the mirror or with a friend or family member to get used to it. You can also keep learning more about pronouns through the resources on MyPronouns.org.

Having Difficult Conversations with your Teen
Next Post: Volunteer Opportunity: Mentoring & Practicum Committee 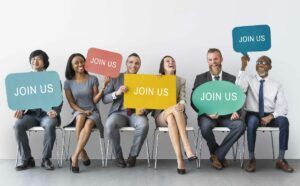